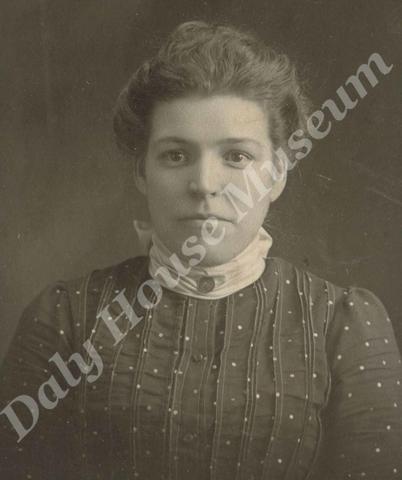 Born in New York City on 1 December 1851, William Angus Martel and his wife Theresa had three children, all of whom worked with him in the photography business: Isabel Martel (b 1872), William Angus Martel (1875-1958), and Frank A. Martel (b 1881). Around 1898, they came to Manitoba and established a photography business at Brandon, with a satellite studio at Morden, relocating later to Winnipeg. The Martels eventually moved to Los Angeles, California where W. A. Martel opened a studio.

Donated to the Daly House Museum by William J. Birtles in 2000.

Photographed portrait of an unidentified woman.