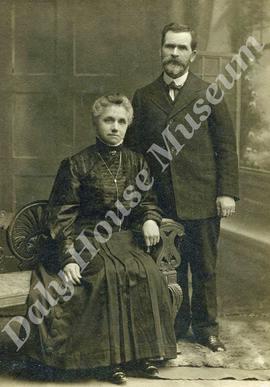 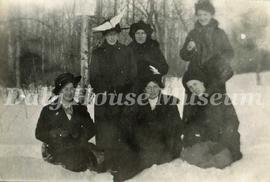 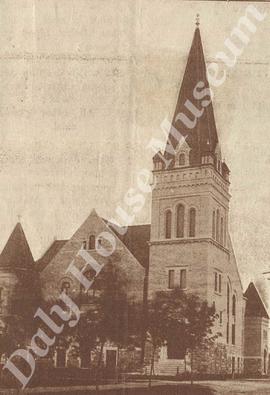 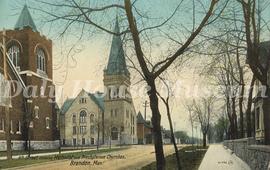 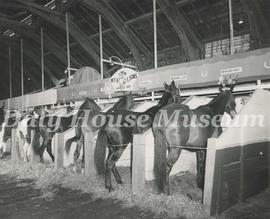 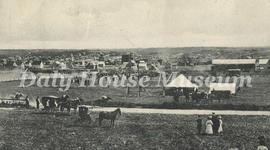 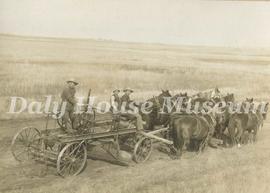 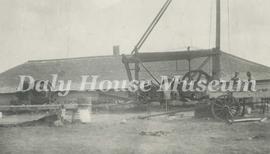 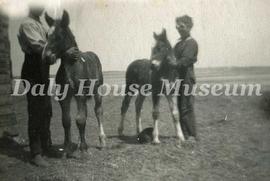 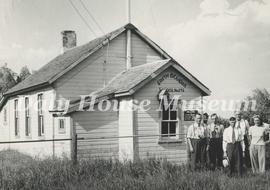 William (Bill) Finlay McRae was born in 1893 to Finlay and Martha McRae in R.M. of Cornwallis where he would go on to farm for most of his life. In 1924 he married Bertha Kirkpatrick in Kemnay, Manitoba. Bertha was born in Kemnay in 1902 to parents John and Katherine Kirkpatrick. She grew up in Kemnay and trained as a teacher at Brandon Normal School, subsequently teaching in the Oak Lake district. After her marriage to William F. McRae in 1924 she moved to the R.M. of Cornwallis. The couple lived on the McRae family farm and had six children: Robert, Gordon, Pearl, Howard, Allan, and Bernice. William was a municipal councillor for the R.M. of Cornwallis and served on the South Brandon district school board. He also raised horses and showed them at the Brandon Fairs. Bertha was also an active member of the community involved with the Red Cross, the Women’s Missionary Society, the Little Souris Church, and later the Brandon Central United Church. She also played the piano. In 1958 William and Bertha retired to Brandon, Manitoba. William passed away in 1978 and Bertha in 1984. Both are buried at the Rosewood Memorial Gardens west of Brandon.

The material in this collection belonged to William F. McRae and was donated to the Daly House Museum in 1986.

The collection consists of photographic material (photographs, postcards, and negatives) pertaining primarily to the McRae family. Images include the McRae homestead, various farming activities, show horses, and a portrait of Finlay and Martha McRae. Also included are images of Brandon churches, the Minnedosa Fair Grounds, and South Brandon School No. 596. The collection also contains a negative for a photograph of the Great Northern Railway Station in Hayfield, Manitoba.