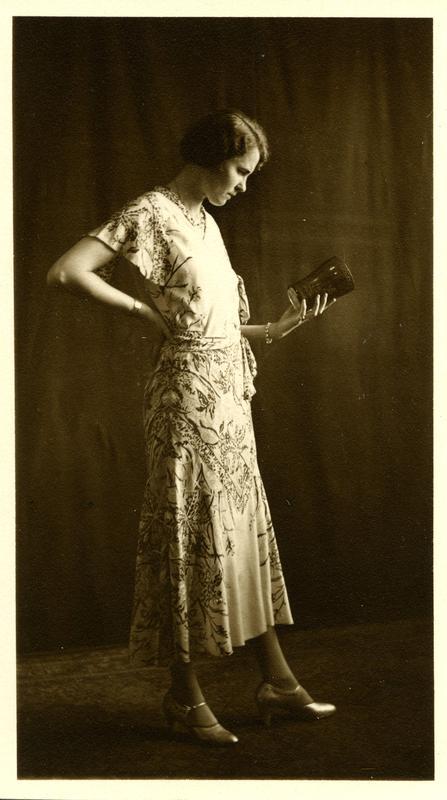 Originally from the eastern United States, Arthur Alexander Stoughton (b. 1866? - d. 1955) became a famous architect. After completing his graduate degrees in Europe, he returned to New York City and co-founded the architectural firm Stoughton and Stoughton with his brother Charles in 1894. He married Florence Elsie Stoughton (b. 1879 - b.1961) after a long courtship in 1911. Arthur Stoughton became the first professor of architecture in the Department of Architecture at the University of Manitoba in 1913 and served as the head of the department until 1929. He designed many of the original buildings on the Fort Garry campus. Mr. and Mrs. Stoughton met and became close friends with Mr. and Mrs. Black and their children while in Winnipeg in 1918. The Stoughton's were without children of their own and treated Elinor, the youngest, as if she was their child. They called her "Sweet Childe" or simply "Childe" and implored her to call them Donna and Pater. By 1931, the Stoughton's had moved to Mt. Vernon, New York where Arthur had joined Stoughton and Stoughton once again. In 1950, Stoughton received an Honourary Doctor of Laws degree from the University of Manitoba. He was a member of the Royal Architectural Institute of Canada and designed the Soldiers' and Sailors' Monument in New York City.