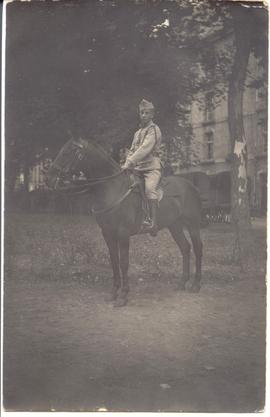 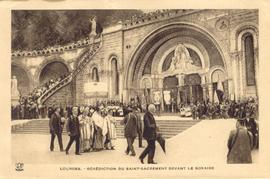 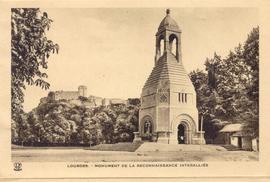 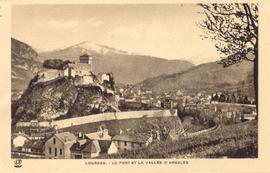 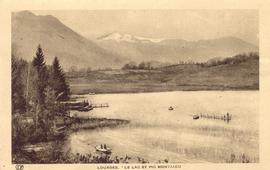 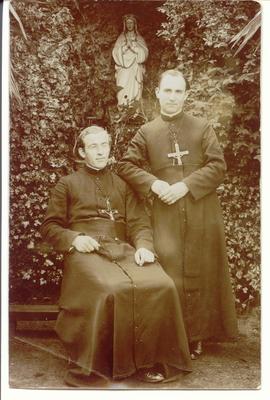 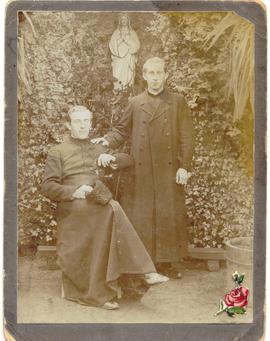 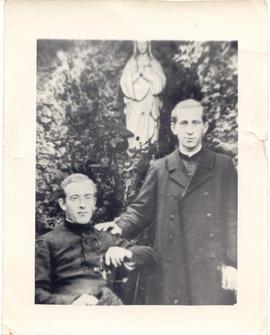 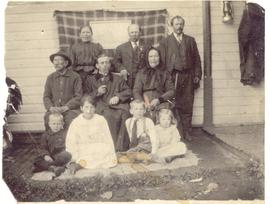 Philip Roux was born August 6, 1883 in Alsace-Lorraine, France. In 1898, Philip entered studies with the Oblate Fathers in Valkenburg, Holland. In 1905 he began his studies at St. Boniface Monastery in Hünfeld, Germany, where he was ordained into the order in 1910. Assigned to serve the Ukrainian Catholics in Canada, he first studied in Ukraine, learning the language, the customs, and the Byzantine rite. He served pioneer communities in central Alberta from 1913 to 1923, where he began to build churches, despite no formal architectural training. In 1924 he was assigned to ministry in Manitoba. The parish of Cook’s Creek was his home base from 1930 until his death on October 24, 1962. In 1941 he was elevated to the status of Canon. His dedication to the the Shrine of the Blessed Virgin Mary in Lourdes, France inspired the Lourdes Calvary-Grotto in Cook’s Creek, the last of more than forty construction projects, designed or built by Ruh. The Grotto was unfinished at the time of his death. Several Ruh structures have been designated as historic sites.