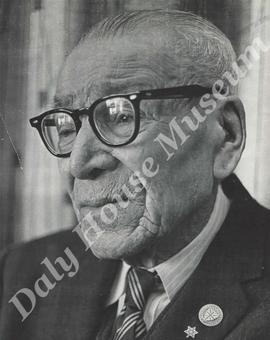 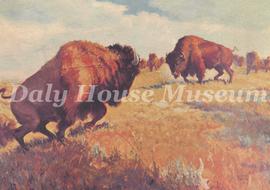 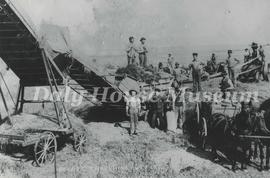 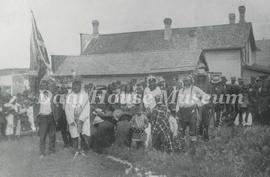 John Tully McKenzie, son of Mr. and Mrs. W.K. McKenzie, was born in the Tremaine district near Rapid City, Manitoba in 1903. He was educated at Tremaine School, Rapid City School, and the University of Manitoba where he graduated with a Diploma in Agriculture in 1923. From 1927-1928, Mr. McKenzie taught at Campbellton School. In 1930, he married teacher Ethel Bridge (1906-1977). The couple lived and farmed in the Tremaine district for thirty years and had four children: Kenneth, Lois, Marjorie, and Beth. Mr. McKenzie was also an active member of the community, serving as Secretary-Treasurer and Chairman of the Tremaine School District, elder and trustee of Hunterville United Church, and Secretary of the Manitoba Pool Elevator Board, the Manitoba Federation of Agriculture and the Rapid City Agricultural Society. He was also the founder of the Rapid City 4-H Club and the Rapid City Film Council. In 1960, he moved to Brandon where he was employed by various organizations for the next ten years. These organizations included the Dairy and Poultry Co-Operative, Manitoba Crop Insurance, the Manitoba Department of Agriculture, and the Department of Indian Affairs. He was also a member of the Assiniboine Historical Society and involved in the founding of the Manitoba Agricultural Hall of Fame and the establishment of the Daly House Museum. Mrs. McKenzie taught in Brandon until 1971 and was also a member of the Assiniboine Historical Society. She passed away in 1977. In 1990, Mr. McKenzie was inducted into the Honour Roll of the Manitoba Agricultural Hall of Fame for his contributions to agriculture and heritage preservation. John Tully McKenzie passed away in 1990 in Winnipeg, Manitoba. He is buried with his wife at the Brandon Municipal Cemetery.

The collection was donated to the Daly House Museum by Mr. Tully McKenzie in 1986.

This collection is comprised of photographs and written documents pertaining mainly to the history of the Basswood and the Brandon Hills areas of Manitoba. The written documents include a history of schools in the Basswood area and a biography of World War 1 veteran, Zepherin Sioux. The collection includes images of the Basswood, Brandon Hills, and Rapid City communities, as well as a print of a painting by Clarence Tillenius.

The collection is stored on the third floor of the Daly House Museum. Items are housed in cabinets in the main room. Specific locations are provided in item level descriptions on the museum database.