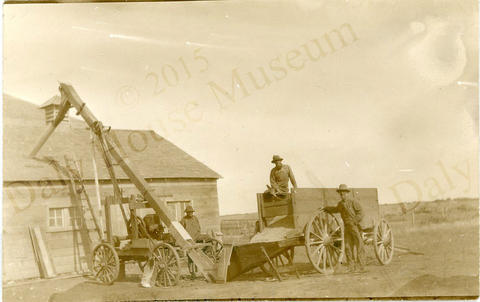 tem is a postcard. Image of three men augering grain from a wagon into a log grainery on Otto Lau's farm 10-12-18 in the R.M. of Elton, Manitoba.

For terms governing use, reproduction, and publication see the Otto Lau Family fonds