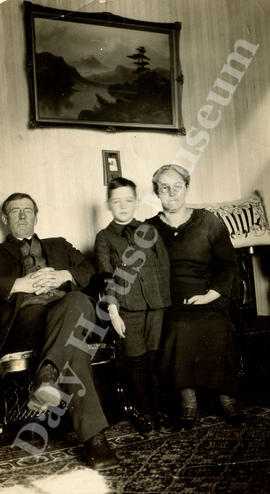 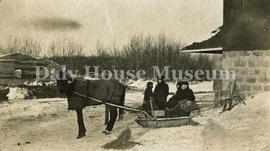 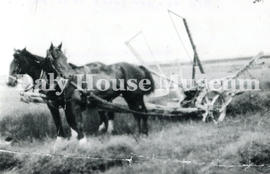 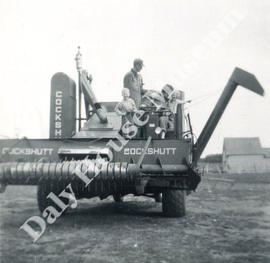 Laura Isabell Murray (nee Davidson) was born to parents James and Isabella Davidson in Cypress River, Manitoba, 1891. One of nine children, she grew up and went to school in Cypress River. She finished Grade 12 in Winnipeg and went on to attend Normal School there. Laura taught on Vancouver Island for one year before returning to Manitoba in 1913 to teach in Lyleton. In 1915, she married Robert Baird Murray (1889-1944). The couple lived and farmed in the Lyleton district and raised five children: Kathryn, Clarence, Jim, Norris and Pearl. Laura was a member of the Lyleton United Church and of the Lyleton Women's Institute. She also served as a school trustee and was involved with Children's Aid and the Red Cross. Laura passed away in 1978 in Melita, Manitoba. Her children established the Lyleton Pioneers Monument in 1979 to honour their parents and other early farmers in the area.

The material in this collection belonged to Laura Murray and was donated to the Daly House Museum in 1986.

The collection contains photographic material relating to the family of Laura and Robert Baird Murray and to the farming community of Lyleton, Manitoba. Material includes photographs of R.B. Murray's reaper, the Copley Anglican Church, the J.F. Clark Family, a Cockshutt combine, and a photographic postcard sent to Mrs. Murray from an unidentified family.