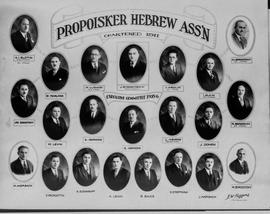 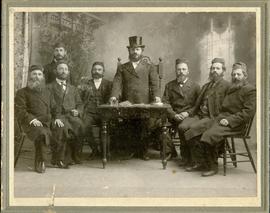 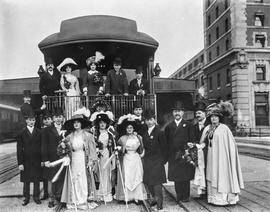 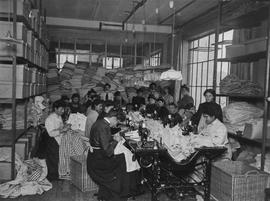 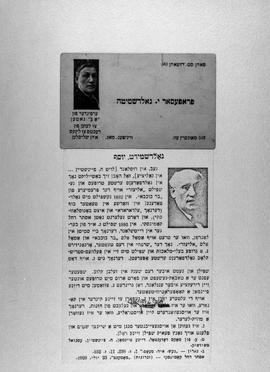 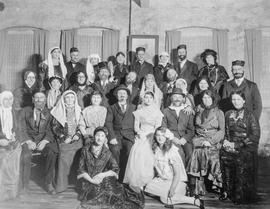 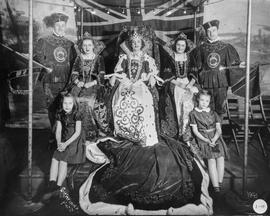 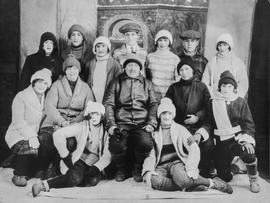 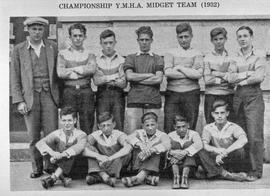 Collection consists of photographs and other images acquired by the Jewish Heritage Centre of Western Canada and its predecessors. The focus of the collection is on Jewish life in Western Canada from the earliest settlement to the 21st Century but also includes photographs from other parts of Canada, the United States, Europe, Israel and reproductions of historical images of Jewish life over the centuries.

The records come from a wide variety of sources, including families, individuals, professional photographers and a number of Jewish organizations. Individuals who provided records include politicians, religious figures, business persons and others from a various walks of life. Organizations include the Young Men’s Hebrew Association, synagogues, women’s organizations, mutual aid societies and others.

The collection includes depictions of a broad number of subjects. These may include formal family and individual photographs, farm life, religious activities, political activities, sporting teams and events, charitable work, images of atrocities during the holocaust, schoolchildren, military activities among many others. Also included are photographs of Jewish artefacts.

The geographic focus of the collection is Western Canada primarily depicts Winnipeg and other Jewish communities throughout Manitoba, Saskatchewan, Alberta and northwestern Ontario. Some material also persons and places in British Columbia and a small number in Toronto and Montreal and other parts of Canada. Many of the records also include images of Jewish immigrants and their families in Europe prior to their emigration. Other photographs were taken in Israel, reflecting Jewish Canadian work or travel there as well as a smaller number from the United States.

A small number of artefacts and textual records can also be found in photograph albums and scrapbooks.

Some of the items in the collection are in poor condition. Please see item list for further details.

Several different arrangement systems have been used by the Jewish Heritage Centre of Western Canada and its predecessors. When collections included photographs in addition to other media, the photographs were usually separated and moved to this collection.

The first alphanumeric arrangement used “JE” numbers. During this period photographs or other items were loaned to the organization for copying and then returned to the owner but in some cases the owner donated the originals.

The last alphanumeric system used was the “JM” numbers. Similar to the JHS numbering, a JM number may refer to a single photograph or to a number of items from a single source.

Most photographs have been assigned more than one of these alphanumeric designations.

No further accruals are expected. All future photograph acquisitions will be kept with the original fonds.

The records in this collection include a wide variety of physical formats. This may include black and white or colour prints and negatives, postcards, daguerrotypes, cartes de visite, newspaper clippings, photocopies, digital prints among others.