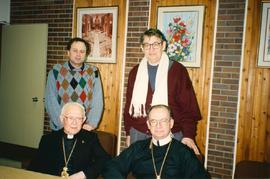 Metropolitan Michael Bzdel and Metropolitan Emeritus Maxim Hermaniuk stand in front of Walter Klymkiw and Bohdan Ivanynkiw, who were in Winnipeg to collect funds for a church in Buchach, Ukraine, where they are from. This photo was taken at the Chancery in Winnipeg, Manitoba, February 23, 1995. 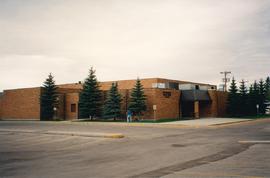 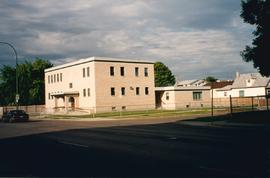 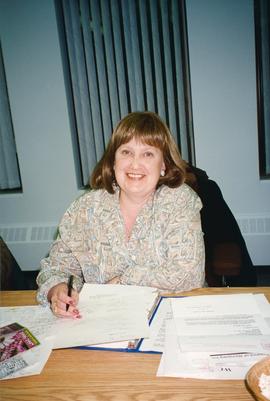 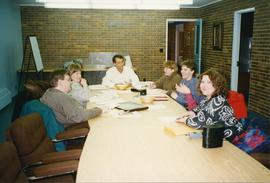 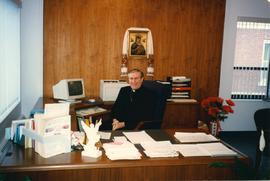 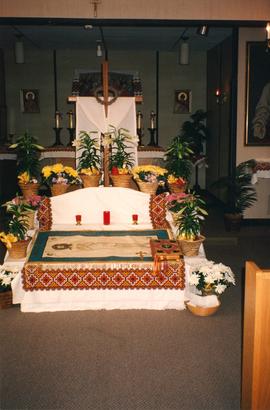