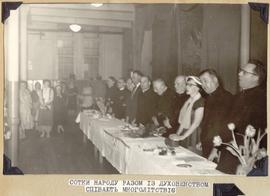 Ukrainian typescript under the photo on the album page reads: "Hundreds of members of the community, along with the clergy, sing long life and happiness." Father Ruh stands in the centre of those at the table, with his head bowed, and Bishop Isidore Borecky stands left of him, during the banquet given in Father Ruh’s honour before his departure for Europe to visit his family. 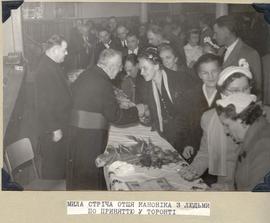 Ukrainian typescript under the photo on the album page reads: "The Father Canon mingling with the crowd after the reception in Toronto." Father Ruh extends his hand as he stands the second from the left, accepting congratulations from well-wishers during the banquet held in his honour before his departure to Europe to visit his family. 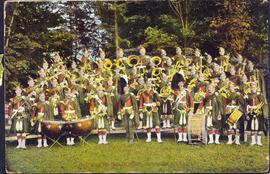 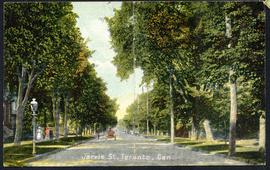 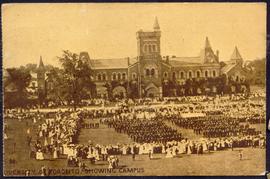 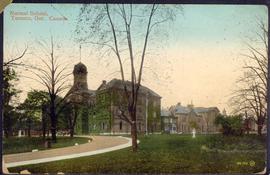 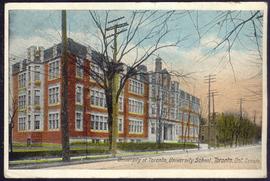 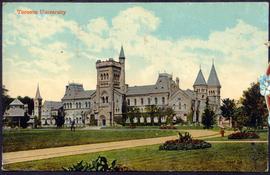 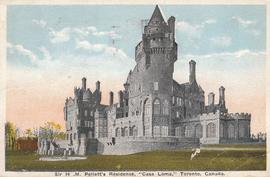