This fonds contains administrative records, minutes, personal files, correspondence, newsletters, photographs, summary of collections and exhibits, scrapbooks, programs, submitted papers, and other miscellaneous records. All are a record of the growth and evolution of the Art Club, its administration, and of the art community in Brandon. 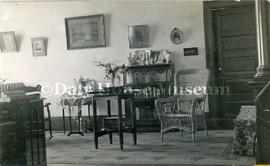