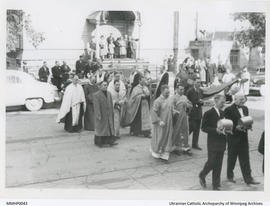 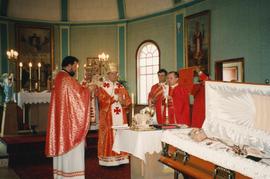 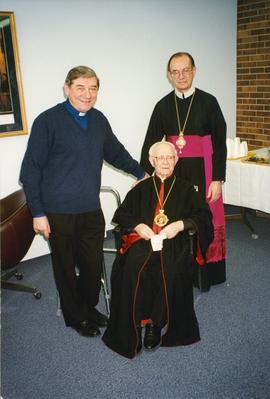 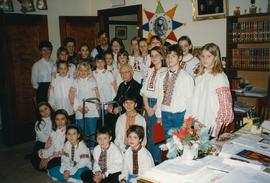 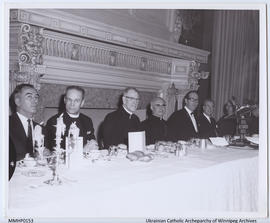 Metropolitan Maxim Hermaniuk is seated at a banquet table in the Royal Alexandra Hotel with several others, including: Senator Paul Yuzyk at the left; Archbishop Maurice Baudoux left of Metropolitan Hermaniuk; Cecil Semchyshyn right of Metropolita... 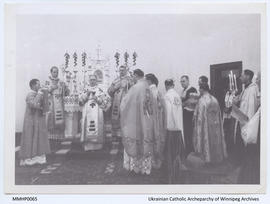 Bishop Maxim Hermaniuk is holding the chalice during his consecration at Sts. Vladimir and Olga Cathedral, Winnipeg, Manitoba, June 29, 1951, with Bishop Isidore Borecki (Borecky) on the left, Bishop Andrew Roberecki on the right, and several othe...