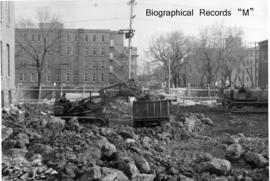 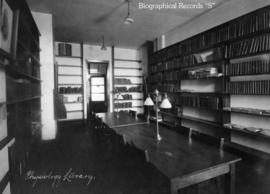 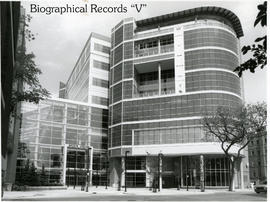 The Algonquian Conference is an annual conference that has now been held for more than 30 years. It is scheduled for the last weekend of October and attracts a large audience, since both academics and non-academics interested in the subject can contribute papers. Organizers usually put out a call for papers in April or early May. The program committee has the right to decline unsuitable papers.

The fonds consists of organizational, fiscal, and editorial records, the cumulative index, orders, and type-settings (camera-ready artwork) for papers of the Algonquian Conference.

The collection contains three black and white photographs on postcard paper. Two photographs depict people swimming at Grand Beach, Manitoba. One of these photographs contains a hand written annotation on the back dated July 7, 1926 addressed to a Mr. Albert "Bertie" Blair of Tyndall, Manitoba. The third photograph is of a rodeo setting titled "Roping a Steer at the 'Stampede' Winnipeg 1913." This photograph shows a stadium of people watching three horsemen tie a cow on its back with rope.

The fonds consists of a copy of a memoir by Skapti Arason, one of the first Icelandic settlers in Manitoba. The seven-page memoir tells of Skapti's immigration to Canada, his subsequent travels to Manitoba, the settling of the Icelandic community on the western shore of Lake Winnipeg and the founding of the town of Glenboro. The Icelandic Department of the University of Manitoba has an Icelandic version of the same memoir. It is not known who translated the memoir.

A portion of the fonds (MSS SC 171) consists of Arnason's Ph.D. thesis titled, The Development of the Prairie Realism: Robert J.C. Stead, Douglas Durkin, Martha Ostenso and Frederick Philip Grove (1980). Included are four copies of a transcript of Arnason's interview with author Martha Ostenso's younger brother, Barry Ostenso, who was 84 years old at the time. It was conducted in Brainerd, Minnesota on August 16, 1977. One transcript includes additional notes by Arnason on the interview. The fonds also consists of photocopies of newspaper clippings pertaining to Douglas Durkin and Martha Ostenso during the Second World War and between 1960 and 1969. The fonds includes maps of the rural area west of Lake Manitoba, Oeland and Gare Farm. Photocopies of photographs of actors acting out scenes included in Ostenso's book Wild Geese (1926) and a copy of Ostenso's story The Storm from The American-Scandinavian Review are included. Letters regarding the transfer of Martha Ostenso's papers to University of Manitoba Archives & Special Collections from 1991-1993 are also included.