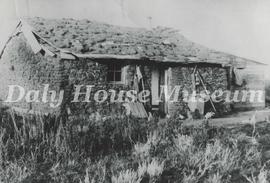 Letter pertaining to money used for transfer of automobile license by John Clark Esq. of Brandon, Manitoba issued by the Municipal Commissioner of Manitoba. 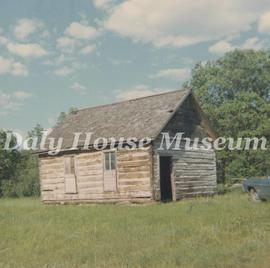 Land deed issued under the act entitled " An acti to provide for appropriation of certain lands for volunteers who served in South Africa and the Volunteer Militia who served on the frontier in 1866"; District of Kenora, Ont, Township of Hartman, South Part of Lot 11 in 6th Concession of Township of Hartman, 160 acres... (granted to) John Turner Clarke of the City of Brandon in the Province of Maniitoba, a Fenian Raid Verteran, is the owner in fee simple...............

Legal document for a mortgage from Clarence S. Vance, Brandon Farmer and Thurlow B. Andrews, Vancouver British Columbia July 1914; regarding the North East Quarter Section 5, Township 11, Range 18 West in R.M of Elton, Manitoba for the sum of $1246.97. 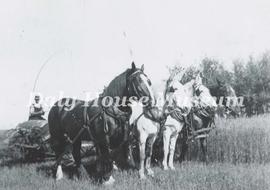 Photograph of a threshing machine in a field in Deloraine; described on the back of the photograph - "Threshing Outfit 1908 Deloraine first gas out fit in a wide area" and "DA Brown 443-17th St. Bdn" 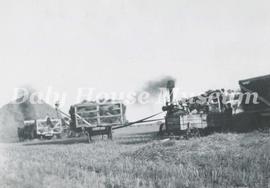 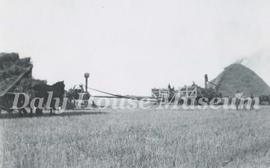