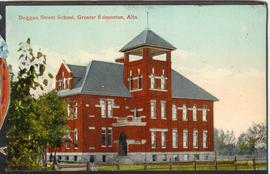 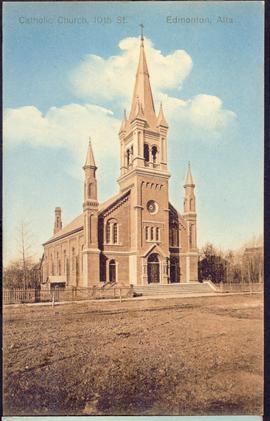 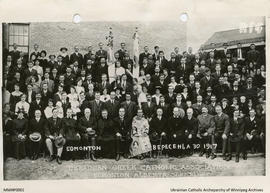 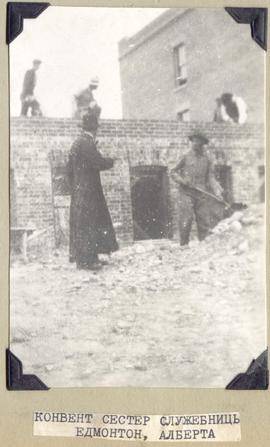 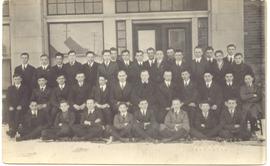 Photo postcard of young men and clergy, including Father Wasyly Ladyka, seated in the centre row, sixth from the right.The location is possibly Edmonton, Alberta. 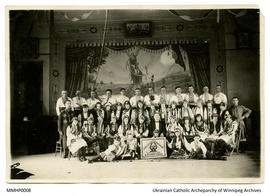 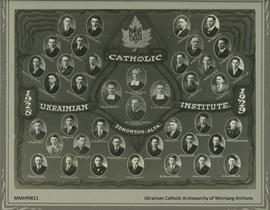 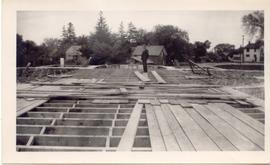 ?Mike Yanchynski surveys the floor level during early stages in construction of St. Josaphat’s Ukrainian Catholic Church, designed and built by Father Ruh between 1939-1944. Mike directed construction through much of that time. The church was late... 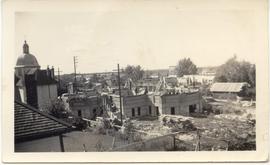 Early stages in construction of St. Josaphat’s Ukrainian Catholic Church, later to be designated a cathedral and eventually a heritage site, was designed and built by Father Ruh. It was built between 1939-1944.Edmonton, Alberta. 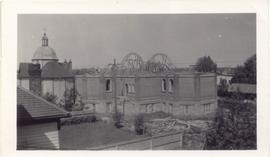 St. Josaphat’s Ukrainian Catholic Church was designed and built by Father Ruh, from 1939-1944. Mike Yanchynski supervised much of the time. The church was declared a cathedral in 1951, and eventually was designated a local heritage site.Edmonton, ...