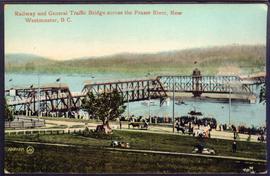 "Railway and General Traffic Bridge across the Fraser River, New Westminster, B.C." Colour retouched photo postcard of a bridge and park along the river. 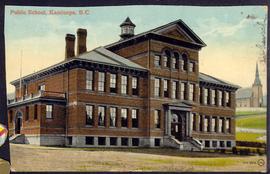 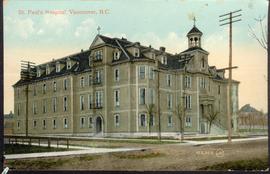 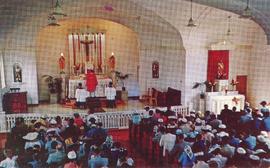 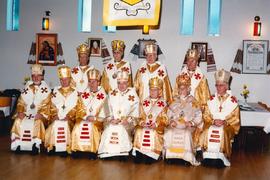