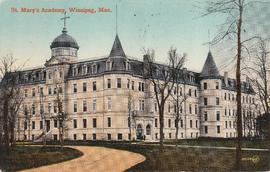 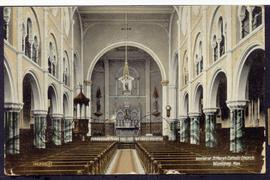 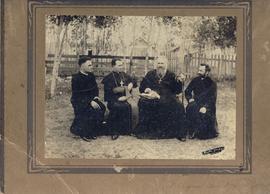 Metropolitan Andrey Sheptycky on his cross-Canada tour in 1921, is seated second from the right, with Bishop Nicetas Budka centre left.September 29, 1921, Sifton, Manitoba. 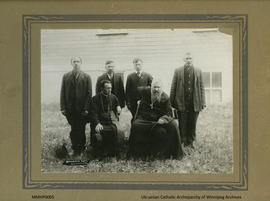 Metropolitan Andrei Sheptytskyj has a hand on his cane, perhaps about to stand up, while Bishop Nykyta Budka sits next to him, Dauphin, Manitoba, 1921. Four men in suits stand near them. 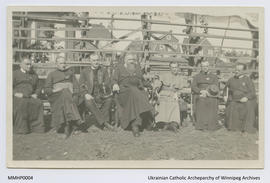 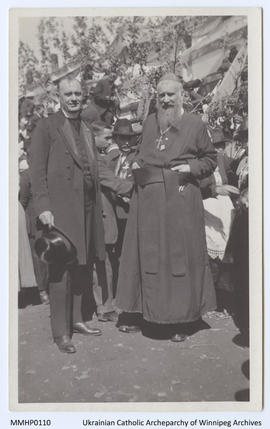 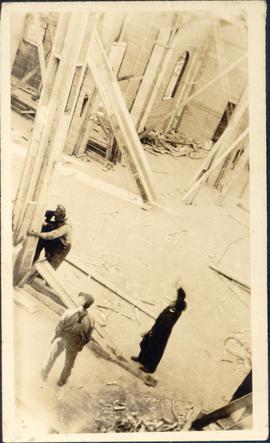 Father Ruh is to the right, his arm extended, in the early stages of construction of St. Mary’s Ukrainian Catholic Church, built entirely of wood within eleven months.Mountain Road, Manitoba. 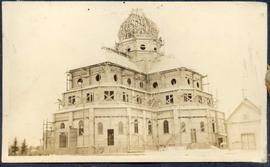