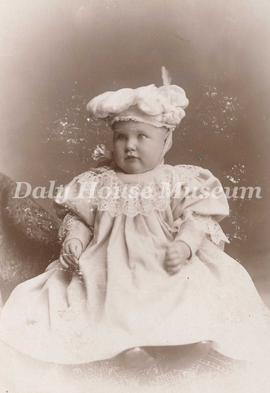 Portrait of an Unidentified Baby

Photographed portrait of an unidentified baby wearing a white dress and hat. 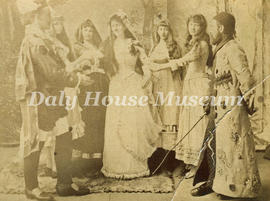 Photograph of the cast of a play titled "My Prince." Identified from left to right are: George Matheson, Annie Matheson, (?) Douglas, Margaret Laweson (?), (?) Douglas, Zina Johnson, and J.W. Robinson. 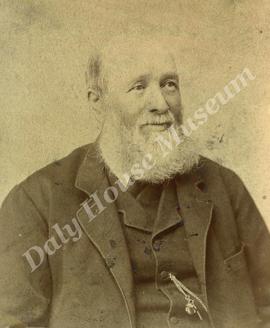 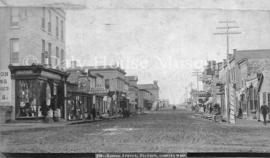 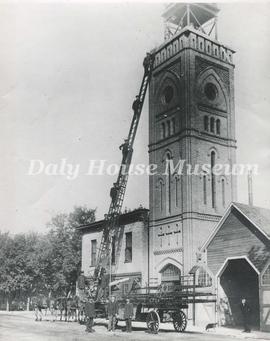 Photograph of the original Brandon Fire Hall at 637 Princess Avenue. The image shows a three-horse ladder wagon with the ladder raised up to the station's tower.

The collection reflects Ada Janet Ross’ nursing career and wartime experience from her nursing training, through to her death and posthumous honours. The records document her time at the Winnipeg General Hospital School of Nursing, the Women’s Hos... 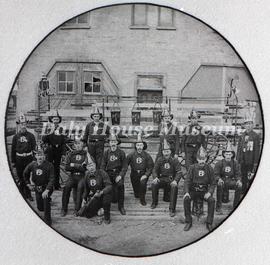 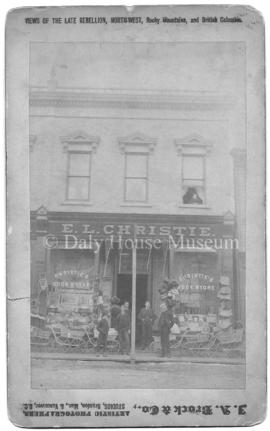 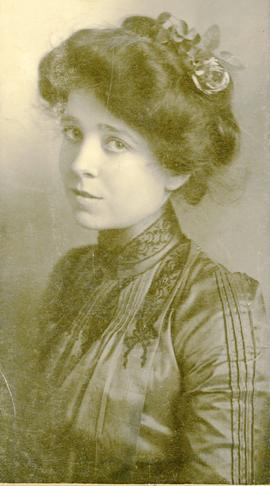 The collection documents the life of Isabel Maitland Stewart’s including her education, her training as a nurse, and her career as a nurse and educator. The collection consists of certificates, correspondence, articles, photographs, pins, graduati...