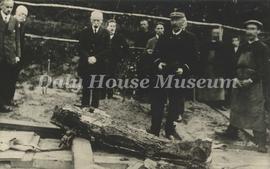 Photographic postcard of a group of men at the disinterment of Edith Cavell in Brussels before her body was returned to Britain. 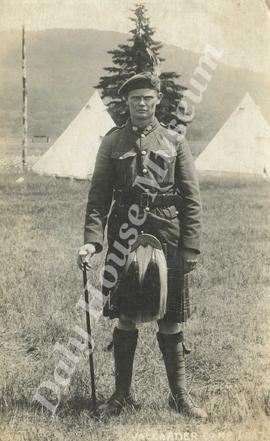 Photographic postcard of a soldier identified as I.M. Smith at Valcartier Camp, Quebec. He is dressed in uniform and wearing a kilt; tents are visible in the background. 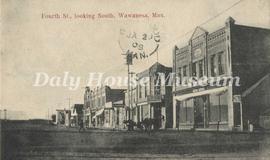 Photographic postcard of Fourth St., looking south, in Wawanesa, Manitoba. Note on the back addressed to H.J. Eyres, Esq. of Wellwood, Manitoba.

This subseries contains information about activities of the City of Brandon including the 75th Anniversary, the Brandon Centennial Committee, Community Developments, the Meadows subdivision, Brandon West, Green Acres and East Industrial Site, Lark...

This sub-series contains information about the Western Manitoba Centennial Auditorium project. It is divided up into the following series.1. Committee2. Architects3. Agreements4. Construction5. Correspondence6. Finances7. Miscellaneous

This sub-series contains correspondence, minutes, building sketches regarding the development of the Princess Avenue City Hall site and construction of the new City of Brandon Civic Administration Building at 604-9th Street, Brandon, Manitoba.

This sub-series contains correspondence, minutes, legal briefs and agreements between the City of Brandon and the Brandon Professional Fire Fighters Association

This sub-series contains newspaper clippings and photographs from events related to the twinning of the City of Brandon and the City of Lachine Quebec.