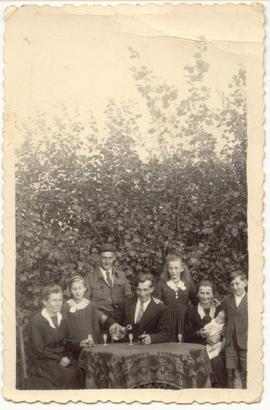 The family of the youngest of Father Ruh’s siblings: Aloyse (1901-1976), who remained all his life on the Roux family farm. Aloyse is shown centre; his wife, Marie, holds baby Annie; Joseph is on the right; Marie stands between her parents; Aloyse... 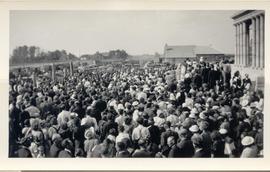 A view towards the north, in front of St. John the Baptist Ukrainian Catholic Church, designed and built by Father Ruh. The large crowd, present here for the blessing of the nine crosses which sit upon the domes, returned for the opening in 1940, ... 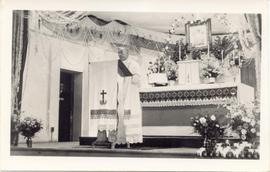 Father Ruh celebrating Mass in the basement of Sts. Cyril and Methodius Ukrainian Catholic Church which was designed and built by Father Ruh. It was begun in 1944.St. Catharines, Ontario. 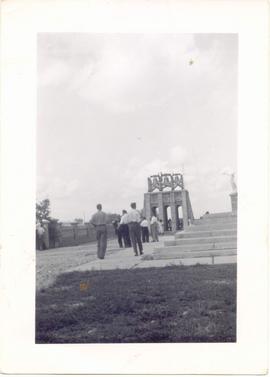 A view towards the north and the unfurnished bell tower of St. John the Baptist Ukrainian Catholic Church. The bell tower was completed after Father Ruh’s death by Mike Yanchynski and Mike Sawchuk.July 7, 1948, Cook's Creek, Manitoba. 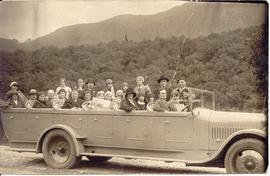 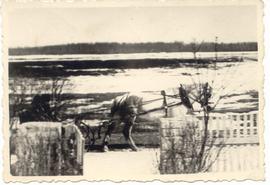 Detail from a photo which was described on the reverse by parties unknown as: Father Ruh’s first funeral (Melnychuk) in Cook’s Creek around 1934.Cook's Creek, Manitoba. 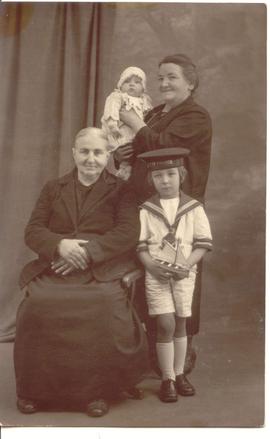 Mother and mother of the father, and children of Father Ruh’s sister. Father Ruh’s mother, Marie Bouche, is seated, while the mother of Robert Hamm, Madelleine Hamm stands, holding Marie-Therese who was born in 1932, and standing between the two g... 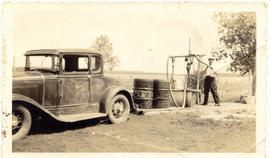 According to Mary Yanchynski, who was Father Ruh’s housekeeper for thirty years, the photo shows Father Lopishansky, OMI, with the car given to Father Ruh by the Ukrainian Catholic parish in Portage la Prairie, Manitoba.The location is possibly Co... 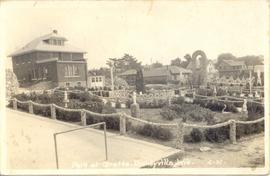 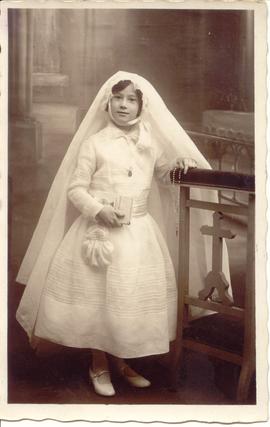