Series consists of records from the University of Winnipeg Athletics Department and Canadian Interuniversity Sport related to the CIS Women’s National Basketball Championship tournaments in 2004 and 2005, when the tournament was hosted by the University of Winnipeg. The records are primarily generated by the Athletic Department’s planning the logistics, travel, lodging, sponsorship, and funding for the tournaments. The records also include programs and other ephemera from the tournament and the banquets for participants.

A circulation record of the Manitoba College Library, arranged by borrower, detailing the date loaned, the title of the book, and the date returned. Includes an alphabetical index showing the borrowers' names and the page on which their activities are recorded. Also includes a list of books in the Library at Women's Residence on pages 344-345. 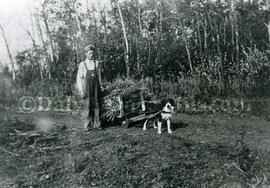 Photograph of Richard Howey and his dog Jackie gathering brush at Bradwardine, Manitoba 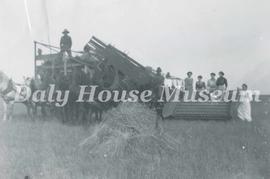 The series consists of the Brandon Junior Hockey Club Accounts Book. The book contains records of the hockey clubs finances and payroll for the years 1936-1937 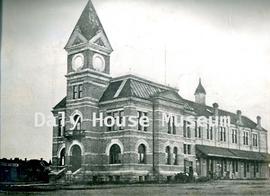 Photograph shows the Brandon City Hall, Brandon, MB from the corner of 9th and Princess Avenue. 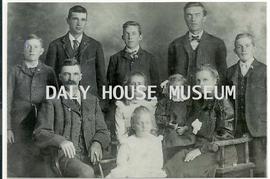 This sub-series consists of short stories and anecdotes written by Sam Waller intermittently in 1928 – 1961. These stories include a collection of Cree children’s stories, “Dennis in the Northland”, “Gallio Cared for None of These Things”, and reflections on various things, including the lack of an appropriate verb for taxidermy in “Taxidermydizing”, a career of teaching in “Nearly Thirty-Four Years”, and even a visit to the doctor in “The Impatience of an Out Patient”, among others.