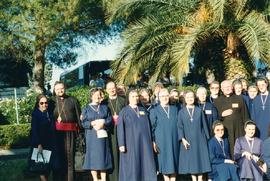 Metropolitan Michael Bzdel and Bishop Stefan Soroka with Sisters during the 400th anniversary of the Union of Brest, Rome, Italy, July 7, 1996. 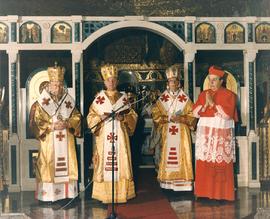 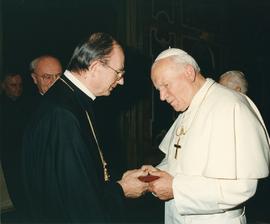 Metr. Michael Bzdel shares a word with the Pope 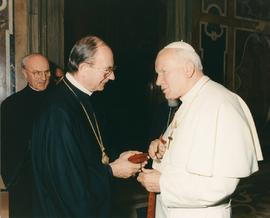 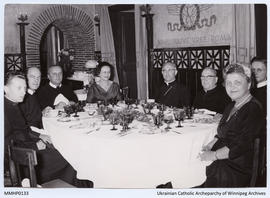 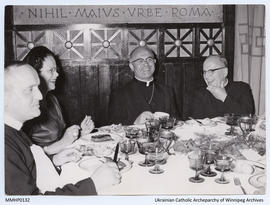 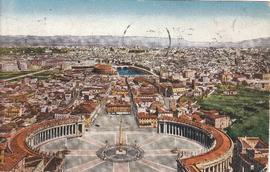 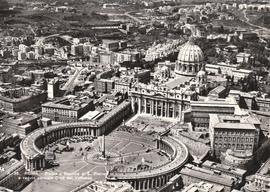 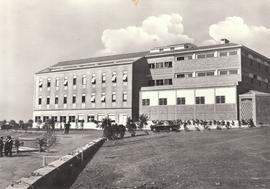 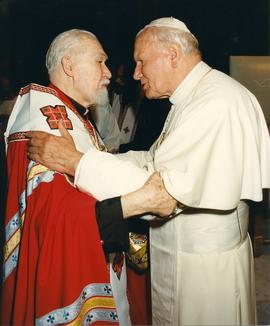 Pope John Paul II and Cardinal Lubachivsky at the 400th anniversary of the Union of Brest, Rome, Italy, July 7, 1996.