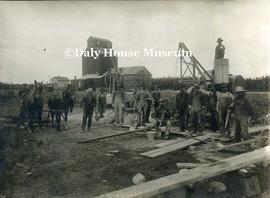 Photograph of a Canadian Pacific Railway crew laying cement for a building in Bredenbury, Saskatchewan. 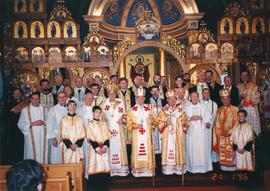 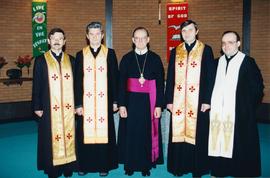 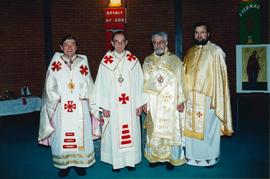 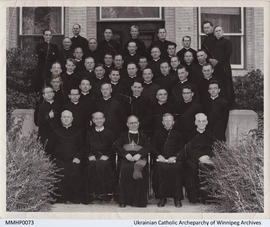 Bishop Maxim Hermaniuk is seated in the front row, with about forty of the priests serving in Manitoba, who have gathered for retreat in Yorkton, Saskatchewan, June 1952. 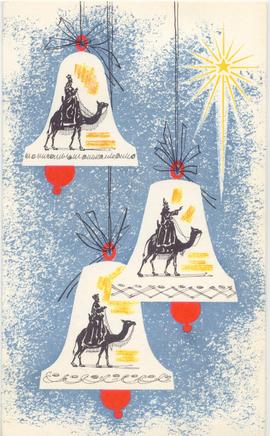 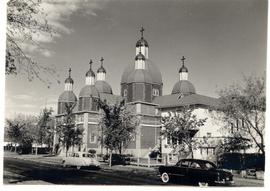 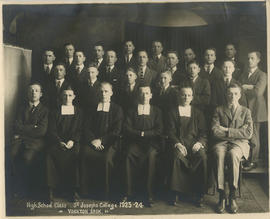 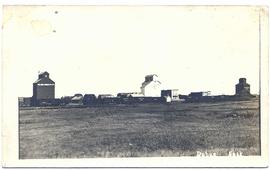 Item is a postcard. Image of grain elevators in Dubuc, Saskatchewan