Nurses' Alumnae Association of the Children's Hospital of Winnipeg sous-fonds

Sous-fonds consists of records created by the Alumnae Association in the course of business. It contains published and unpublished material. There is very little information about the running of the Association.

The Alumnae Association of the Children's Hospital of Winnipeg 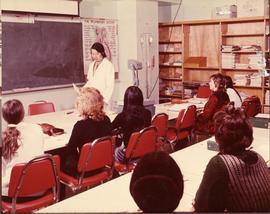 The Sous-Fond reflects the changes and developments in Nursing Education at HSC spanning from the 1960s to the late 2000s. It is arranged into twelve series: Adult Intensive Care Nursing Program, Neonatal and Pediatric Critical Care Nursing Progra...