Items consist of 3 copies of a black and white photograph of guests at the ball, on one copy of which Mrs. Dimock has indicated her location when the photograph was taken. Also found here are invitations to the opening of the Winnipeg Art Gallery ...

Prairie Pioneers: The Mennonites of Manitoba

This film covers the 100 year anniversary of Mennonites in Manitoba in the context of the Manitoba centennial as well the other centennial celebrations in Winkler, Altona, Steinbach, Emerson and Plum Coulee. Significant scenes include the visit of... 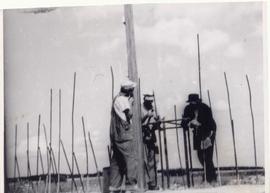 Father Ruh, on the right, with two workers during the early stages in construction of the Grotto in Honour of Our Lady of Lourdes.Cook's Creek, Manitoba. 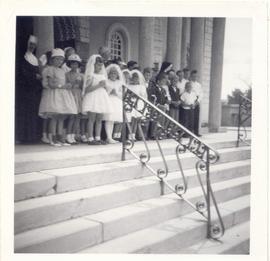 Father Ruh stands in the centre of the First Communion class, with two Sister Servants of Mary Immaculate, on the steps of the Ukrainian Catholic Church of the Immaculate Conception of the Blessed Virgin Mary.Cook's Creek, Manitoba. 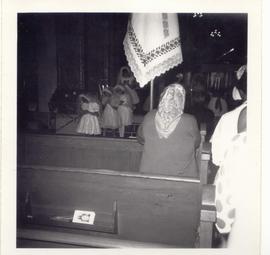 First Communion class in the Ukrainian Catholic Church of the Immaculate Conception of the Blessed Virgin Mary.Cook's Creek, Manitoba. 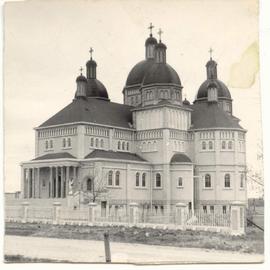 "1 ¼ X 1 ¼ (1 cut only)" Portion of a photo postcard of the Ukrainian Catholic Church of the Immaculate Conception of the Blessed Virgin Mary, with a view from the southwest.Cook's Creek, Manitoba. 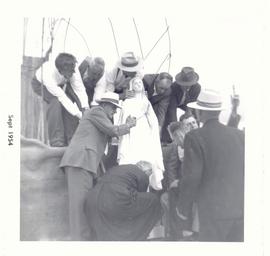 Father Ruh, in his monsignor’s cassock, kneels at the foot of the statue of the Blessed Virgin Mary as it is about to be raised in the Grotto in Honour of Our Lady of Lourdes on the occasion of the first pilgrimage in Cook’s Creek.Cook's Cree... 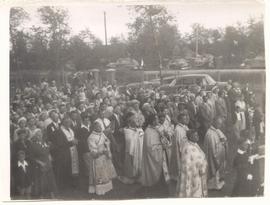 The congregation gathered on the south side of the grounds of Father Ruh’s home parish, the Ukrainian Catholic Church of the Immaculate Conception of the Blessed Virgin Mary. In the background are visible outbuildings in the yard of Mike and Mary ... 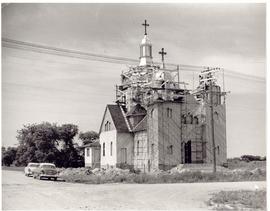 "Designed by Father Ruh and begun in 1954, Holy Eucharist Ukrainian Catholic Church is shown under scaffolding and displays the preferred use of lumber at this advanced stage in the construction."Selkirk, Manitoba.