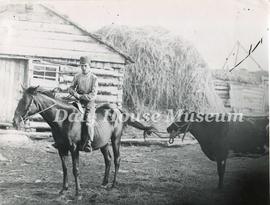 Photograph of an unidentified boy riding a horse leading a cow in front of a stable in the Brandon area. 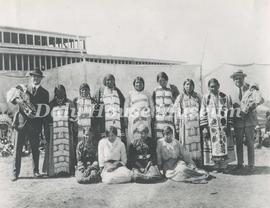 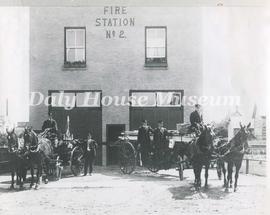 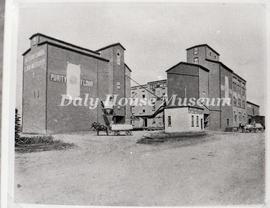 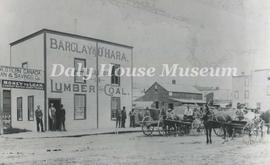 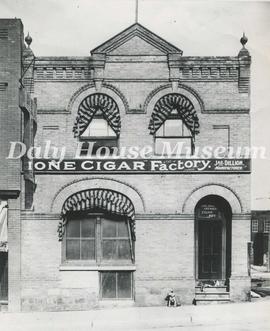 Photograph of men driving horses and four Massey wide-open binders harvesting wheat in the Brandon district. Each binder has a stooker and an operator with a bamboo whip. In the scene is a a group of women in a Pratt Elkhart car. 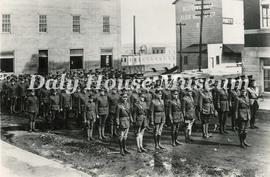