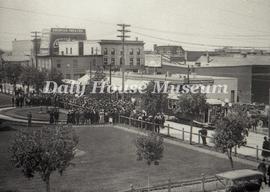 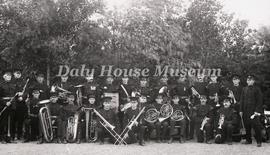 Photograph of the City of Brandon Brass Band. 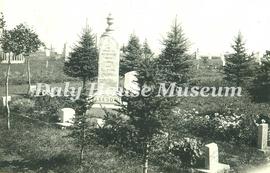 Photograph of the headstone of Mary Ida Leeson Hall at the Brandon Cemetary. 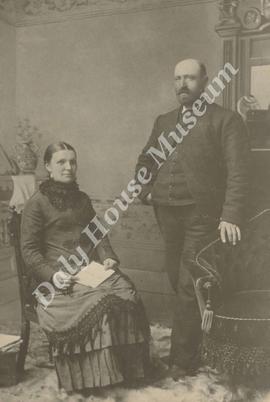 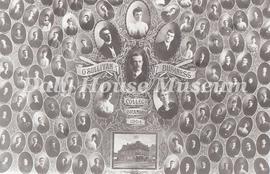 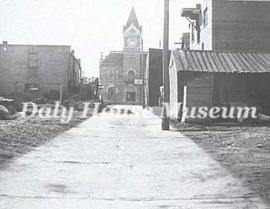 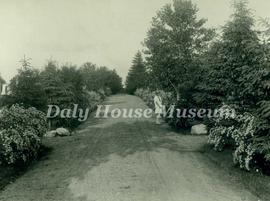 Photograph of an unidentified girl standing in a lane at the Brandon Cemetery. 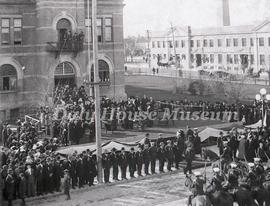 Visit of the Duke of Connaught to Brandon

Photograph of a public reception for the H.R.H. Duke of Connaught and Strathearn's visit to Brandon in 1912. The photograph shows a large crowd gathered at Brandon City Hall (9th Street and Princess Avenue), including the Manitoba Mounted Rifles performing the Guard of Honour. 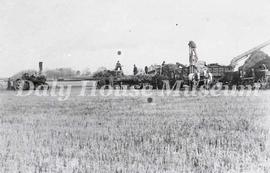 Photograph of the Archie, William and Duncan McGregor Threshing Outfit on Hamilton Farm (34-10-19, R.M. of Elton, Manitoba). Roy McPhail (nephew) is the engineer; Duncan McGregor is working the separator; and William and Archie are the grain men (standing on ground). The building in the background was owned by Albert Hamilton, brother-in-law of the McGregors. 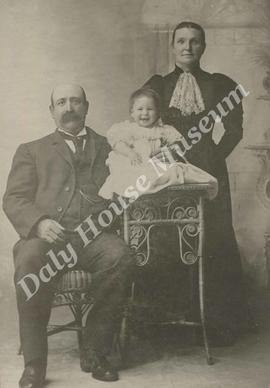 Photographed portrait of Joseph and Mary (Bottom) Birtles with a baby.