Series consists of images depicting stages in the development of the Manitoba Medical College campus from the late nineteenth-century to the present University of Manitoba Bannatyne campus. Specific architectural images found in this series include: the Manitoba Medical College pathology and anatomy buildings, the medical library, the Chown and Basic Medical Sciences buildings, Cadham Provincial Laboratory, local hospitals, in addition to other Winnipeg architecture as it relates to the University of Manitoba Faculty of Medicine. 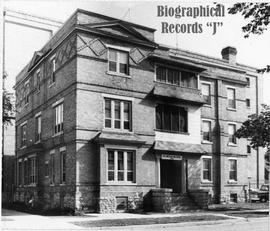 This series consists of photographs of Elinor Black, her friends, and her family, as well as a large scrapbook about Black and her accomplishments.

This series contains correspondence to and from a wide variety of Elinor Black's friends, colleagues, patients, and acquaintances.