This fonds consists entirely of the autobiography of Saul Cohen, entitled "Being a Scientist Can Be Fun: The Memoirs of Saul L. Cohen" (1995). In his autobiography, Cohen discusses his life as a scientist, and the many people he met and ...

Blueprint of Old and New Roof of the Ukrainian Catholic Church of Toronto, Ontario. 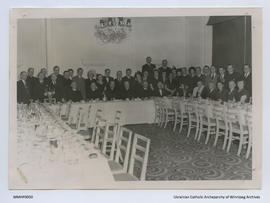 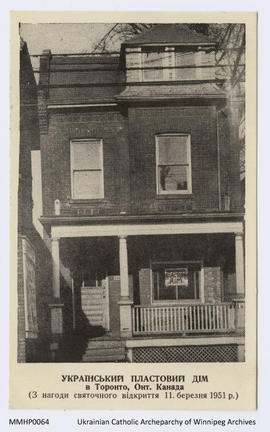 Bishop Maxim Hermaniuk sits in the centre of a banquet head table, with Bishop Isidore Borecki (Borecky) right of centre, at the Obnova Conference in the Prince Edward Hotel in Toronto, Ontario, October 11, 1953. Bishop Maxim has written in ink, i... 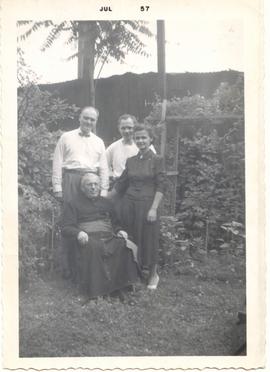 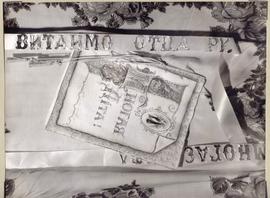 Ukrainian typescript under the photo on the album page reads: "The City of Toronto grandly greets Father Monsignor Ruh." Presentation to Father Ruh during the fundraising before his departure for Europe to visit his family.Toronto, Ontario. 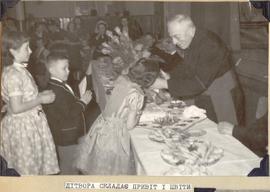 Ukrainian typescript under the photo on the album page reads: "Children present greetings and flowers." Father Ruh, on the right, accepts a presentation from the children of the Ukrainian Catholic community in the Toronto area before his... 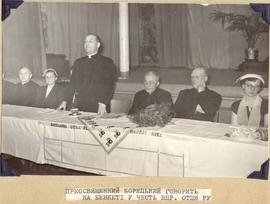 Ukrainian typescript under the photo on the album page reads: "Bishop Borecky is speaking at the banquet in honour of Father Ruh." Father Ruh is seated in the centre of the photo. Bishop Isidore Borecky stands to the left, commending Fat... 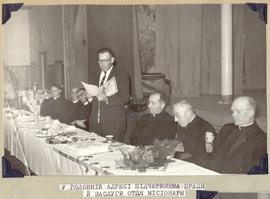 Ukrainian typescript under the photo on the album page reads: "The work and merits of the missionary father are underlined in the key address." Father Ruh is seated the second from the right, with Bishop Isidore Borecky left of him, duri...