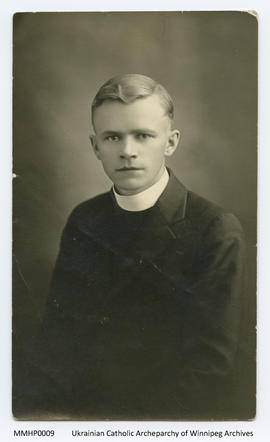 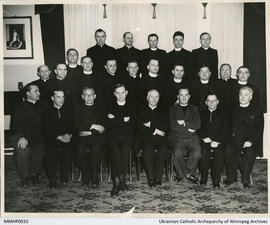 Held at the Royal Alexandra Hotel in Winnipeg, Manitoba. Twenty-three priests plus Bishop Basil Ladyka pose for this group photo of their welcome to Reverend Semen Izyk. October 1947. 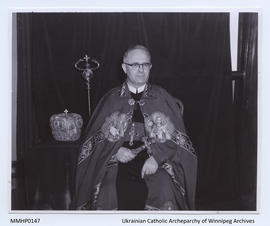 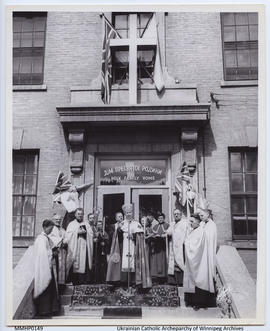 Metropolitan Maxim Hermaniuk is speaking at a microphone on the steps of Holy Family Home, 165 Aberdeen Avenue, Winnipeg, Manitoba, May 26, 1957. Reverend Joseph Pulak is standing at the left and Monsignor Wasyl Kushnir at the right. Other unidentified clergy and acolytes stand nearby. The date is stamped on the back and also a number is written in red ink.