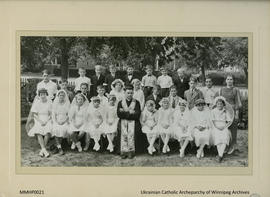 Father Joseph Pulak and an unidentified female teacher pose with students in Brandon, on the grounds of the Nativity of the Mother of God Ukrainian Catholic Church, known at the time as St. Mary's Ukrainian Catholic Church. The black and white print is in very good condition, with a few marks, affixed to a light coloured cardboard frame. Oversized. 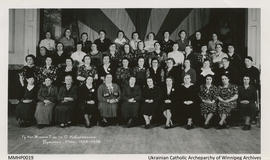 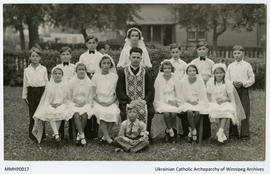