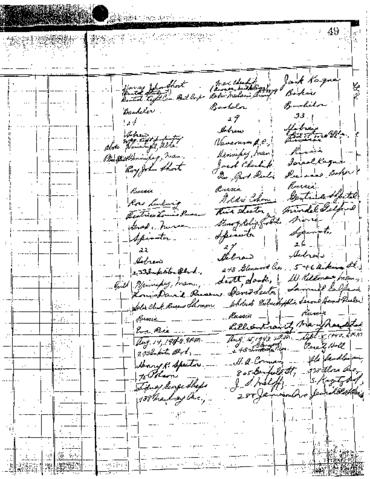 Rabbi Israel Isaac Kahanovitch was a prominent Winnipeg rabbi and the Chief Rabbi of Western Canada.

Kahanovitch was born in Grodno, Poland in 1872. He studied in Grodno and in Slobodka, Lithuania, receiving his ordination at age 20; he practiced as a rabbi in Poland for a brief time. In 1896 he married R. Kleiman, with whom he had seven children. Fleeing pogroms in 1905, Kahanovitch moved to North America and led a congregation in Scranton, Pennsylvania until 1906.

Rabbi Kahanovitch moved to Winnipeg in 1906 and lectured at both Shaarey Zedek Synagogue and House of Jacob. An agreement between all of the synagogues in the city he was named the Chief Rabbi of Winnipeg.

In addition to serving as Rabbi, Kahanovitch was instrumental in founding a number of the most prominent Jewish organizations in Winnipeg. These include the Winnipeg Free School, Canadian Jewish Congress Western Division and United Hebrew Charities. He was also a prominent member of Winnipeg’s B’nai Zion Society, the Zionist Council of Winnipeg, Zionist Organization of Canada and United Palestine Appeal.

Across the rest of Western Canada, Rabbi Kahanovitch helped found synagogues and schools in many communities. He also arbitrated kashrut disputes in Calgary, Saskatoon, and Regina. As Chief Rabbi of Western Canada he was considered the only rabbi of performing a religious divorce.

Kahanovitch supported immigration of Polish Jews in cooperation with the Jewish Immigration Aid Society. He also raised money for Jews in Russia and Morocco, supported wartime relief efforts, campaigned against anti-Semitism in Canada and led boycotts of Nazi Germany. He was a religious Zionist, but encouraged cooperation with Labor Zionists in support of Jewish causes in Palestine.

Rabbi Kahanovitch died in Winnipeg in 1945.