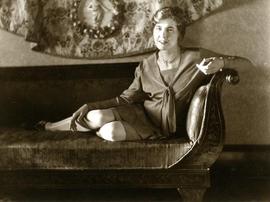 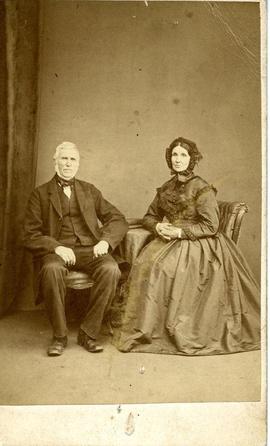 Elinor Frances Elizabeth Black was born in 1905 in Nelson, British Columbia, and moved to Winnipeg at the age of 12. As a high school student at Kelvin High School and undergraduate student, Black was involved in the United Church’s Canadian Girls In Training, where she met Gertrude Rutherford, an important player in the Student Christian Movement and an advocate of women as professionals. Her friendship with Rutherford and with other women she befriended through the movement continued throughout her life, as seen in the large collection of correspondence in the Elinor Black fonds.

Some of the material in this fonds was used by Julie Vandervoort while researching her biography of Black, "Tell the Driver". It was then returned to Fred Black, who donated the collection to the University of Manitoba.

This fonds consists of correspondence between Elinor Black and her friends, family, and colleagues; information about Black's education; medical papers and addresses given by Black; a copy of Black's unpublished book "The Professor and His Wife: The Stoughton Story"; photographs of Black, her friends, and her family; account books; diaries; sketchbooks; a scrapbook; and several small objects belonging to Black.

The fonds was donated by Elinor Black's nephew, Fred Black.

No further accruals are expected.

Created by Elizabeth-Anne Johnson on 19 June 2013.