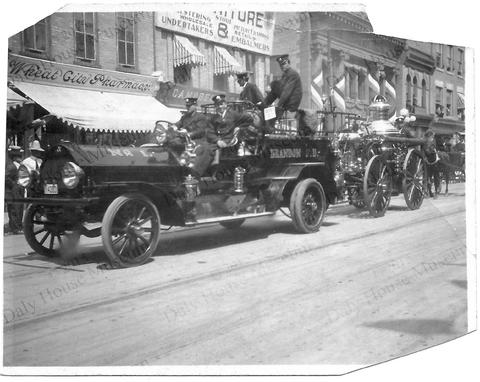 John William Hotson was born March 3, 1910 in Brandon Manitoba to James Hotson and Ida Jane Nicholson. He married Noreen Evelyn Cross (1914-2010). John was employed as a clerk at Canadian Motors Limited in Brandon Manitoba from 1929 to 1941. In 1943 John became a fireman with the City of Brandon Fire Department. He served the department for thirty-two years and retired with the rank of Captain in 1975. He and Noreen retired to Vernon British Columbia where John passed away on April 9, 1988.