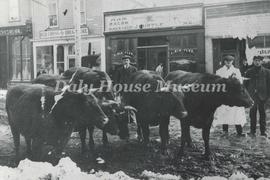 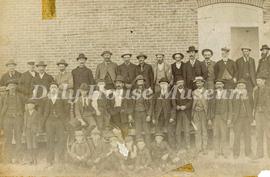 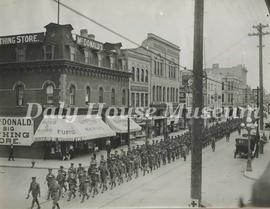 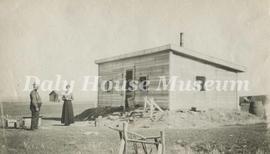 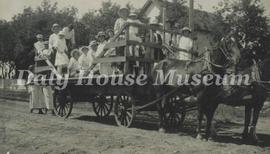 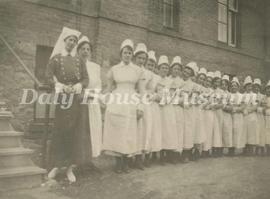 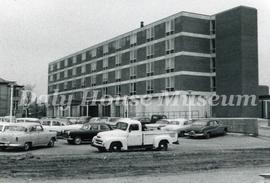 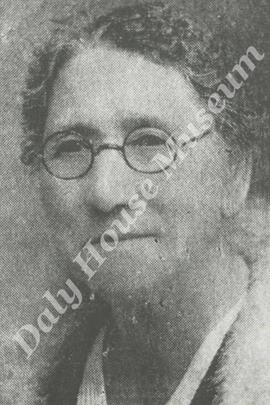 John Birtles was born June 6, 1886 to Joseph Birtles Jr. (1853-1932) and Mary Bottom (1854-1901) in Alexander, Manitoba. John left school at the age of 11 to help his father in the family butcher shop in Alexander. He was the butcher in the community until he retired in 1957. John enlisted in the military in 1918 and sailed to England. While on leave in Manchester, he met his future wife, Winnifred Hughes (1890-1977). She received her education at Manchester and taught school in England. In 1926, John returned to England to marry Winnifred. The couple settled in Alexander, Manitoba and had two children: Hugh (1935-1937) and William John (1930- ). The couple were active in the community of Alexander; both were members of St. Paul's Anglican Church and involved in various community organizations. John was a member of the Composite Masonic Lodge #64, the Sons of England, and the Canadian Order of Forresters. He was a veteran of the First World War, having served with the Army, Navy and Air Force Unit #150. Winnifred was secretary-treasurer at St. Paul's Anglican Church and was a correspondent for the Brandon Sun for many years. John and Winnifred Birtles were killed in a traffic accident on February 7, 1977 and are buried at the Alexander Cemetery.

The material in this collection was donated to the Daly House Museum by William J. Birtles (1930-), son of John and Winnifred Birtles, between 1978 and 2004.

The collection contains family photographs and textual documents related to the activities of members of the John Birtles (1886-1977) family. The collection includes portraits of family members, postcards, newspaper clippings, certificates, a letter, magazines and books.

The collection is stored on the third floor of Daly House Museum. Items are housed in cabinets in the main room. Specific locations are provided in item level descriptions on the museum database.