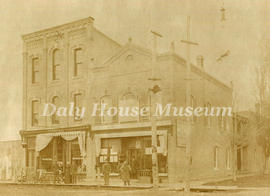 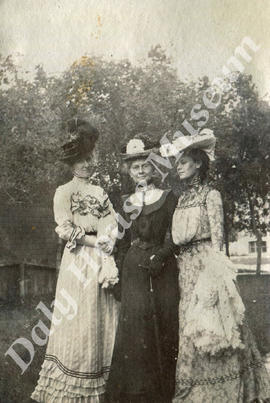 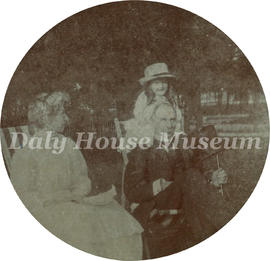 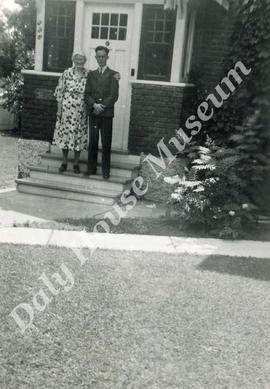 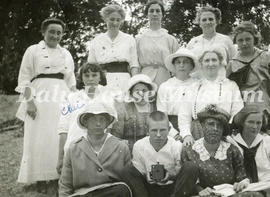 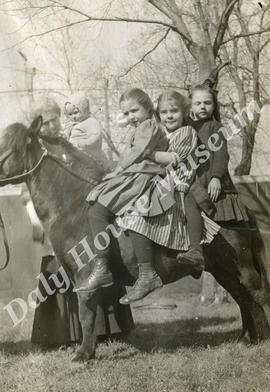 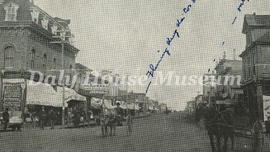 Beecham Trotter (1860-1934) was one of Brandon's original pioneers. He was the son of William Trotter, who immigrated to Pittsburg Township, Ontario from Leitrim, Ireland in 1835. Beecham's occupations included being a shoe smith in Ontario and a horse dealer in Brandon. Beecham left Ontario in 1882 working as a telegraph worker for the Canadian Pacific Railway. He spent his first winter on the prairies in Regina. He came to Brandon in 1883 and began a livery stable with his cousin Alexander Trotter (1855-1931) on 10th street called Trotter and Trotter. Beecham was a devoted community worker. He served as city alderman (1914) and as a member of the Brandon General Hospital (1913-14). He was a member of the No. 6 I.O.O.F. for fifty years and a supporter of First United Church. Beecham was the author of "A Horseman and the West", which recounts the early days of pioneer life in Manitoba. He also frequently wrote articles about Brandon’s history for the Brandon Daily Sun. He married Mary Scott (1865-1948) and they had one son, Beauchamp Wilbert (1893-1942) , and a daughter, Marjorie Alexandra (1903-2000). The Trotters made their home at "Tintern" on 6th Street. Beecham Trotter passed away in 1934 and is buried at the Brandon Cemetery.

The collection originally belonged to the daughter of Beecham Trotter, Marjorie Trotter. The donor, Virginia Trotter received the collection after Marjorie passed away in 2000. The collection remained in Virginia's possession for eight years until she donated it to the Daly House Museum in 2007.